Here’s what you need to know:

Shareholders of PSA, the French maker of Peugeot, Citroën and Opel cars, voted on Monday to merge with Fiat Chrysler Automobiles in an effort to acquire the scale necessary to survive in an industry gripped by technological change.

Fiat Chrysler shareholders are expected to vote later in the day to approve the merger. The new company, to be called Stellantis, would include the Jeep and Ram Truck brands, and would be the world’s fourth-largest carmaker, after Toyota, Volkswagen and the Renault-Nissan-Mitsubishi Alliance, based on vehicle sales during the first nine months of 2020.

Executives of Fiat Chrysler and PSA agreed to merge at the end of 2019 and have been working out the details since then.

Together, the two companies believe they stand a better chance of surviving a transition to electric vehicles, which is happening faster than most analysts predicted. But the new company would face major challenges. Neither Fiat Chrysler nor PSA has a strong presence in China, the world’s largest car market, and they have been slow to introduce electric vehicles.

Both companies have been hard hit by the pandemic. PSA’s vehicle sales were down 30 percent in the 11 months through November, while Fiat Chrysler sold 30 percent fewer cars and trucks in the nine months through September, the most recent reporting period.

“We are ready for this merger,” Mr. Tavares said during the meeting of shareholders, which was conducted online.

Officials from OPEC, Russia and other major oil producing countries are expected to meet by videoconference on Monday to consider allowing further increases in output in the face of reduced demand from the pandemic.

During a difficult meeting in December, the group, known as OPEC Plus, reached a compromise that permitted production to increase by 500,000 barrels a day starting Jan. 1, instead of a previously agreed two million barrels a day. The group also agreed to meet monthly to consider whether further increases were warranted.

The members are still keeping about seven million barrels a day, or about 7 percent of global supply in normal times, off the market. The prospect of opening taps could quickly depress oil prices.

Analysts say that the gradual recovery of the global economy and demand for oil may test the group’s cohesion in the coming months. Producers like Russia, Iraq and the United Arab Emirates have their reasons for wanting to lift production, but there are also arguments for proceeding cautiously, including the worsening pandemic in areas like Europe and the United States and what appears likely to be a slow rollout of vaccines.

Jerome H. Powell, the 67-year-old chair of the Federal Reserve, will face pressure from all sides in 2021, and he could find himself auditioning for his own job. His term expires in early 2022, which means that President-elect Joseph R. Biden Jr. will choose whether to renominate him.

Mr. Powell, a Republican who was made a Fed governor by President Barack Obama and elevated to his current position by President Trump, has yet to say publicly whether he wants to be reappointed, reports The New York Times’s Jeanna Smialek.

His chances could be affected by the Fed’s coronavirus crisis response, which has been credited as early and swift.

“We crossed a lot of red lines that had not been crossed before,” Mr. Powell said at an event in May.

The Fed rolled out nearly the entire menu of emergency loan programs it used during the 2008 financial crisis, and it teamed up with the Treasury Department to announce programs that had never been tried — including plans to support lending to small and medium-size businesses and buy corporate debt. In early April, it tacked on a plan to get credit flowing to states.

But the Fed’s extraordinary actions in 2020 weren’t aimed only at keeping credit flowing. Mr. Powell and other top Fed officials pushed for more government spending to help businesses and households, an uncharacteristically bold stance for an institution that tries mightily to avoid politics. As the Fed took a more expansive view of its mission, it weighed in on climate change, racial equity and other issues its leaders had typically avoided.

In Washington, reactions to the Fed’s bigger role have been swift and divided. Democrats want the Fed to do more, portraying the attention to climate-related financial risks as a welcome step but just a beginning. Republicans have worked to restrict the Fed to ensure that the role it has played in this pandemic does not outlast the crisis.

The ski industry already took a hit in the spring when the pandemic struck and many resorts had to close early, leading to $2 billion in losses and causing layoffs or furloughs of thousands of employees, according to the National Ski Areas Association, a trade group. The industry saw its lowest number of visits, 51 million, since the 2011 to 2012 season, the association said.

Now resorts are setting their expectations low for the new ski season, reports Kellen Browning for The New York Times.

Mike Pierce, a spokesman for Mount Rose Ski Tahoe, a resort in western Nevada, said the mind-set was “to just maintain status quo and survive.” He declined to provide any financials, but said, “if we break even, that’s almost considered a success.”

Even before the pandemic, the ski industry was laboring to build interest in the sport. The number of skiers has stagnated in the past decade, according to the National Ski Areas Association.

How the ski resorts do this winter will have a domino effect on tax revenue for state economies. In New Mexico, the truncated ski season last winter and this spring generated $41 million in taxes, but George Brooks, the executive director of the state’s ski association, said he expected no more than 40 percent of that number in the coming months.

Vail Resorts, the world’s largest ski company with 37 resorts around the globe, including 34 in the United States, reported in an earnings call on Dec. 10 that it lost $153 million from August through October, wider than the loss of $106.5 million in the same period a year ago. Rob Katz, chief executive of Vail Resorts, said that season pass sales were up about 20 percent, but he expected fewer visitors and less revenue this winter than in previous seasons. 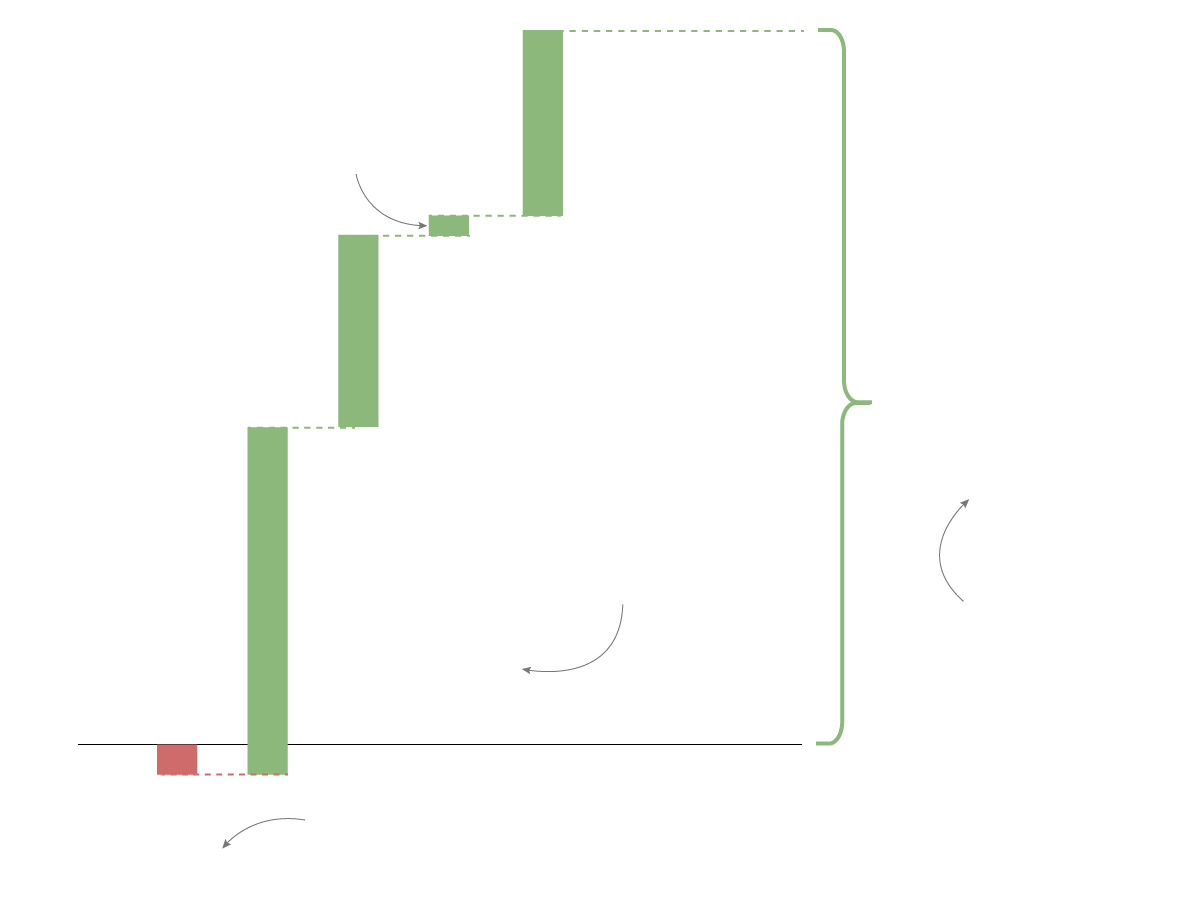 Would have been sharply negative without P.P.P. 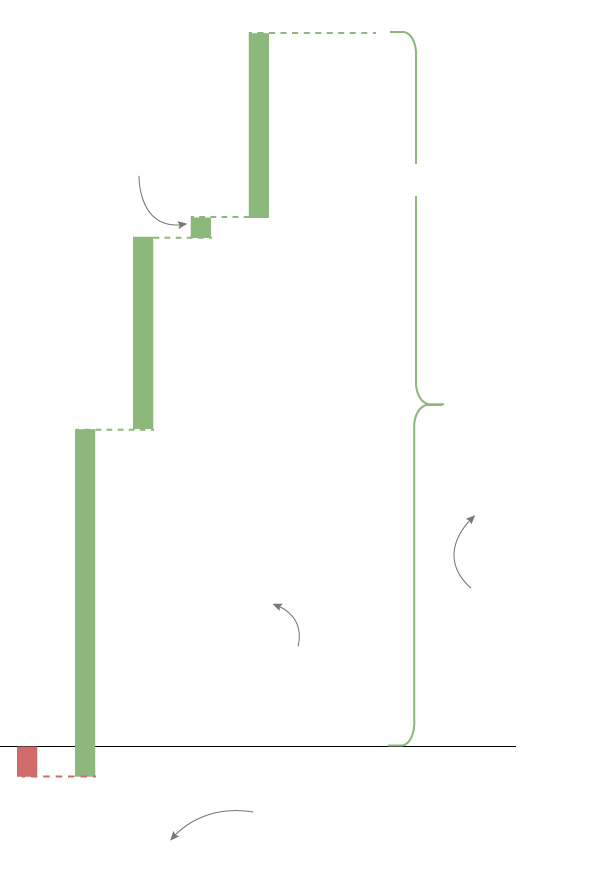 Would have been sharply negative without P.P.P.

Note: Data from March to November 2020 compared with the same time period in 2019.·Source: Bureau of Economic Analysis

To understand why the markets are buoyant even as 3,000 people a day are dying of coronavirus, The New York Times’s Neil Irwin and Weiyi Cai dig into the data.

Salaries and wages fell less in 2020, in the aggregate, than even a careful observer of the economy might think. Total employee compensation was down only 0.5 percent for those nine months, more akin to a mild recession than an economic catastrophe.

That might seem impossible. How can the number of jobs be down 6 percent but employee compensation be down only 0.5 percent?

It has to do with which jobs have been lost. The millions of people no longer working because of the pandemic were disproportionately in lower-paying service jobs. Higher-paying professional jobs were more likely to be unaffected, and a handful of other sectors have been booming, such as warehousing and grocery stores, leading to higher incomes for those workers.

The arithmetic is as simple as it is disorienting. If a corporate executive gets a $100,000 bonus for steering a company through a difficult year, while four $25,000-per-year restaurant workers lose their jobs entirely, the net effect on total compensation is zero — even though in human terms a great deal of pain has been incurred.

Combine soaring personal income and falling spending, and Americans in the aggregate were building savings at a startling rate. It had to go somewhere.