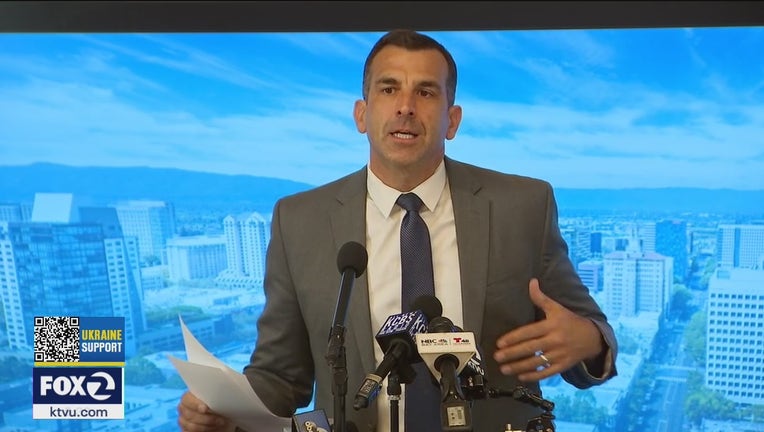 SAN JOSE, Calif. – The city of San Jose is working on a plan to address repeat criminal offenders, rising crime, and what they call a revolving door at the jail.

They say about half of those released before their trials are either re-offending or failing to show up for court.

City leaders say they need to do a better job of keeping repeat offenders in custody and offering drug treatment when needed. They say this proposal is a start.

And what’s worse, they say those responsible, are never detained for long.

“The same people that get in trouble, they’re right back again,” says Naz Barak, owner of Houdini’s.

“They identified 30 arrestees who had been arrested a minimum of 10 times over that period of 14 months. One individual…19 times,” says San Jose Mayor Sam Liccardo.

San Jose officials say the jail’s “revolving door” has been exacerbated by the pandemic. Now a new proposal in front of the city council will address it.

“We need to recognize that there’s a trade-off here. And we have to prioritize the public safety of our community over what has been a priority of emptying our jails,” says Liccardo.

The plan has a three-pronged approach: First crack down on repeat offenders, and those failing to appear in court, second, expand access to treatment for those addicted to methamphetamine, and third, help small businesses with grants and better access to video technology.

“It’s better for business and it’s also better for the people that’s causing the trouble because they need help too,” says Barak.

But others on the streets of San Jose are skeptical.

“If you ain’t got no opportunity, you ain’t got no help, what else are you going to do? You’re going to resort to crime, violence, anything that can make ends meet,” says Lathan Johnson who used to work and hang out on the downtown streets.

He says this proposal is a band-aid for a much bigger problem.

City leaders say they’ll need to work with the county, courts and law enforcement in order to make this work.

The proposal will go before the council on April 13.