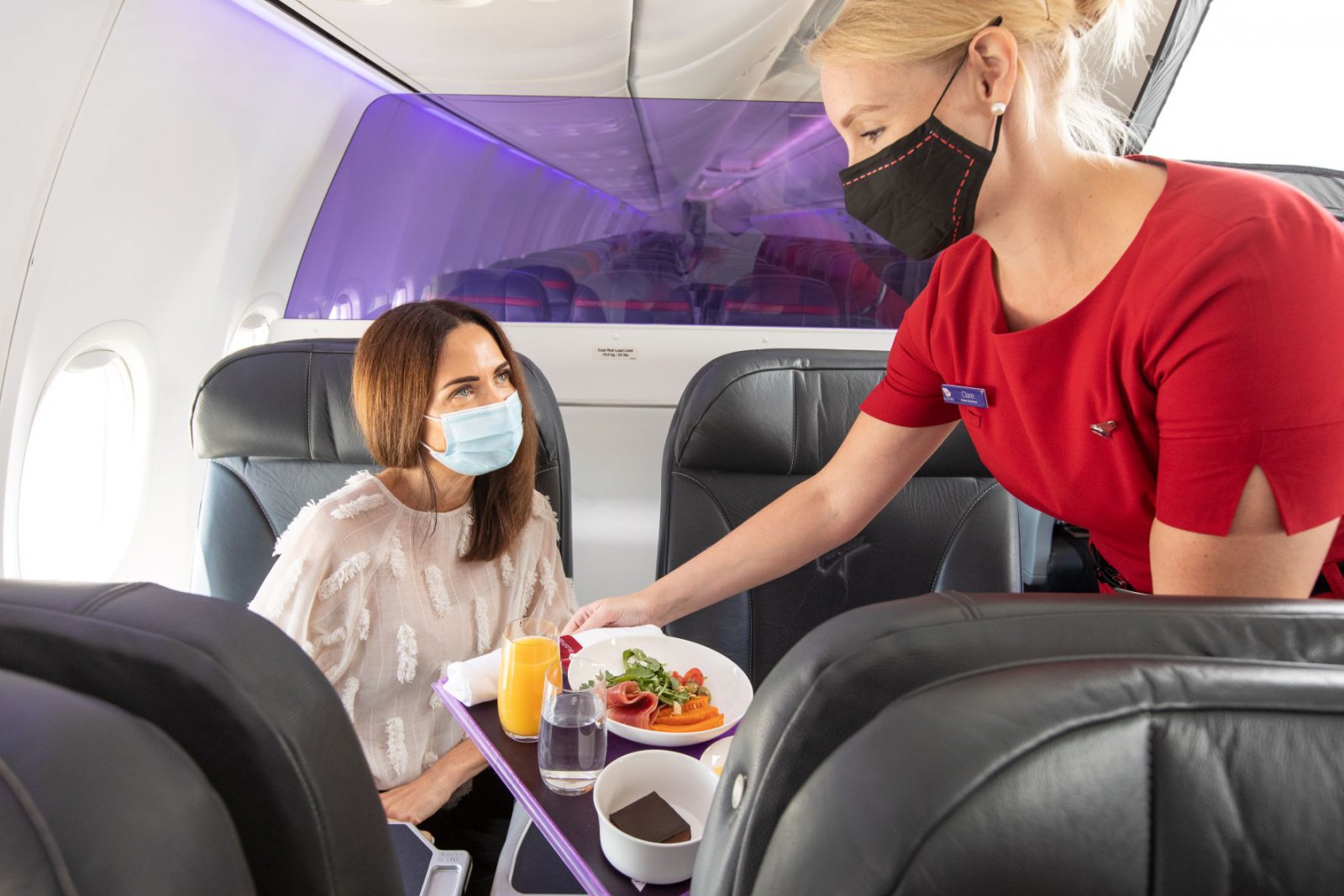 Virgin Australia’s radical move to permanently slash business class fares by up to 60 per cent is the latest move in the ongoing battle to control the lucrative market that has cost airlines hundreds of millions of dollars over the last 10 years.

After the demise of Ansett in 2001, Qantas enjoyed a monopoly on business class for almost 10 years until John Borghetti, passed over for the top job at Qantas, emerged as the chief executive of Virgin Blue in 2009.

Within months of his arrival, he announced a reinvention of the airline, unveiling Virgin Australia, complete with a new business class offering.

Mr Borghetti, who loved Italian suits and fast cars, brought his love of luxury to not only the front end but the whole aircraft.

He even had supermodel Elle McPherson (below) launch the new uniforms.

The first shot in the business class war sent Qantas into a spin with Mr Borghetti introducing twin-aisle 300-seat A330s with a far more spacious business class configuration of six, across seating in pairs, and more legroom. 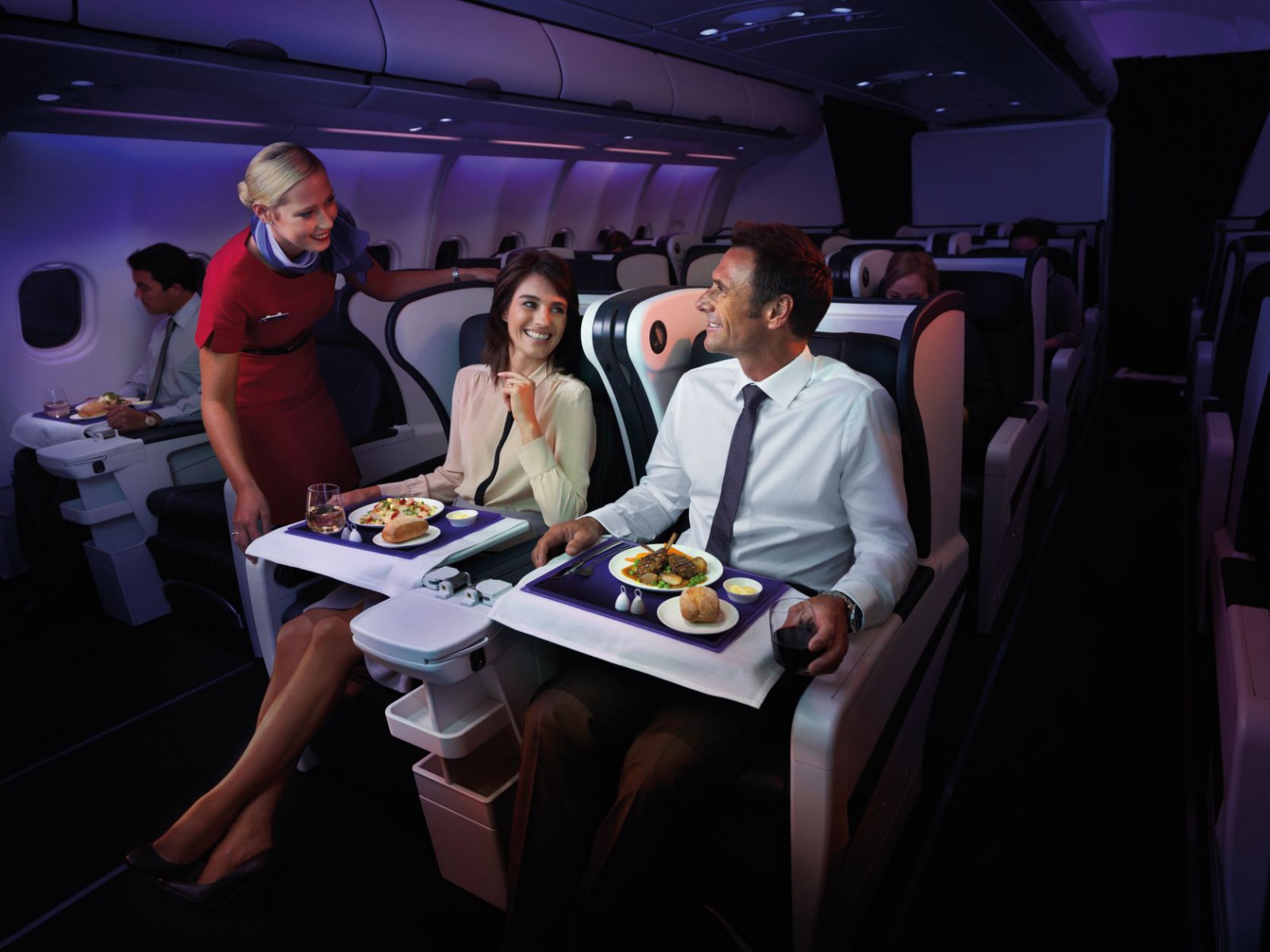 At the time Qantas was offering a business class on its A330s which was virtually identical to the premium economy on its 787s today with a 2-3-2 layout.

Qantas immediately ditched that unpopular middle seat to retain its customers, who had complained about the tight business class configuration.

But the battle was only just beginning, and Mr Borghetti fired his second shot by launching a business class price war.

Suddenly business passengers were getting a lot more space for a lot less pain in their wallets.

Mr Borghetti told AirlineRatings.com at the time that for 10 years, whilst economy fares and promotional fares had dropped significantly by almost 50 per cent because of competition at the low end, there had been no competition at the top end since Ansett stopped flying.

By 2014 the two airlines posted a combined loss of over $3 billion, although a large part of Qantas’s $2.8b loss was a write-down of its A380 fleet.

Despite the losses, the war was far from over, and at a gala event in 2014, Singapore Virgin unveiled flatbed suites (above).

The re-configured A330s were introduced in August 2015 and that coincided with the opening of the new Virgin Australia terminal at Perth Airport.

Qantas responded to the competition and rolled out its first A330 with flatbed suites (below) that year. 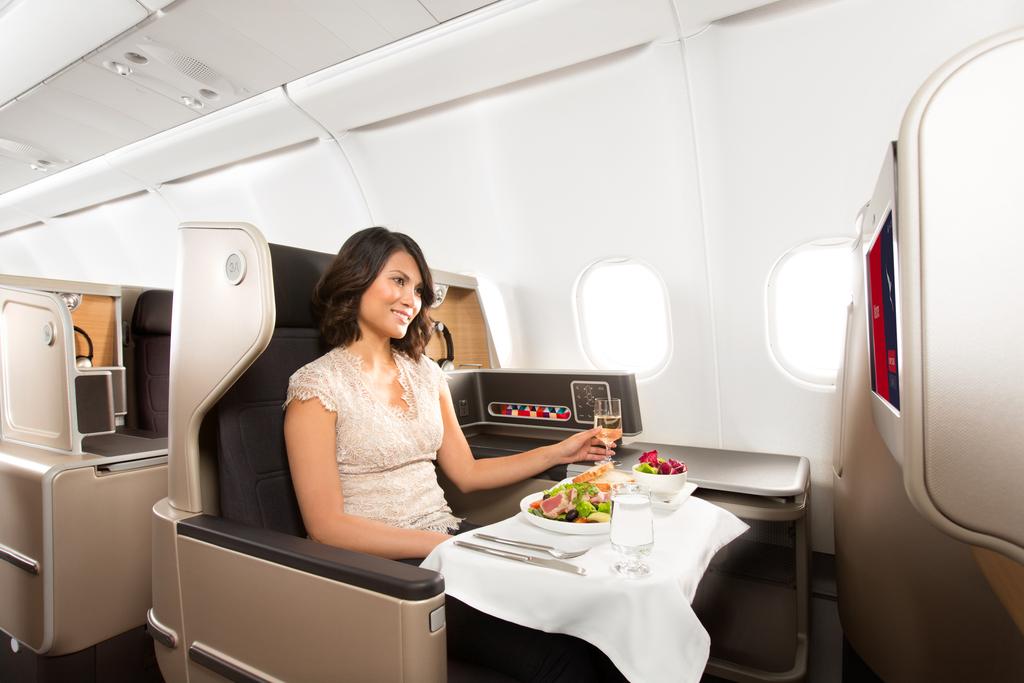 The airfare index slowly started to recover from its low to reflect the enhanced offering. But then the decline in the resources sector, as the iron ore price hit $US37.35 a tonne, hit demand.

Despite offering the world’s best domestic airline service, Virgin Australia failed to lure enough of the top end of town onto its flatbeds.

Mr Borghetti could not budge corporates who were wedded to Qantas’s frequent flyer program and its international network that was expanding at the time with new 787s that included the Perth to London nonstop.

Virgin Australia took the decision in 2017 to remove some A330s off the transcontinental route and deploy them to what went on to become a list of Asia destinations, starting with Hong Kong.

The airline simply did not have scale and had a fragmented fleet and dysfunctional shareholders.

A reset was needed and Mr Borghetti announced his retirement in 2018. Paul Scurrah took over in March 2019.

Mr Scurrah was well into a restructure, stripping away the business class glitz, when COVID-19 hit and the airline sank into receivership.

The A330s and 777s with their flatbed suites disappeared and a leaner Virgin Australia emerged with a new mantra of “value proposition”. The airline on Thursday continued that mantra with the announcement it was resetting pricing for a more conventional domestic business class, similar to that in the US.

The pricing also matches that of REX, which has transcontinental aspirations with a similar product in its 737s.

“Our business class airfare pricing is another example of how we have reset our cost base and then invested in creating premium travel experiences at very affordable and competitive prices,” Ms Hrdlicka said.

While Qantas will continue to lay claim to the superior offering with its wide-body A330, pressure will force the airline to make some pricing concessions to corporate accounts.

The new price war will likely force the airline to consider only A330 operations for transcontinental flights to Perth to avoid its business passengers paying top dollar for a 737 business experience.